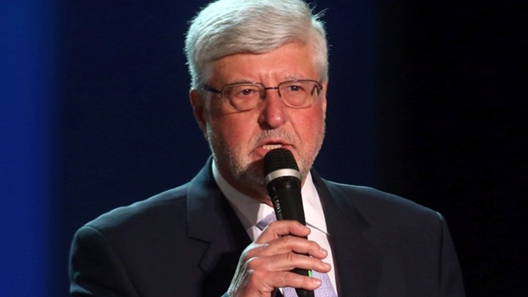 1.Allow me to express my eucharisties to the Archons of the Delphi Economic Agora and the non ephemeral KATHIMERINI ephemeris for this symposium.

The aristocracy of gnome and logic are gathered at the metropolis of our European synergic political and economic organizations.A harmonic symbiosis of the Delphic pansophy with the gnosis and praxis of the European and Euro-Atlantic architecture pylons. This proscenium of epistemic, political and economic thesis is the apogee of the academia and of the orthodoxy of political skepsis.

3.The ecumenical political crises immunization system is paralysed.The Pentamerous New York based Pan-Ethnic Organization’s Security Council ,the stylobates to be of the organized ecumenical harmony and systemic nomology, cannot cope with the crises.Τhe “ Pentarchy’s’ polemics and antagonistic politics and the catachresis of the veto -as Russia does in the case of Ukraine-is at the basis of the asthenia symptoms of the U.N. Charter based ,multi-pylon system.

4.In Marioupolis, in Kiev, in Cherson, in Odessa anthropotragedy and catastrophe prevail.These lexis epitomize the diagnosisof political paranoia, anachronistic polemics and pathetic policies.They are poltical episodes of despotic apophasis and the antidrome and stigma to democracy.The ellipsis of anthropocentric policies, the catachresis of polemical rhetoric and the aposiopesis of democides, ethno-catharsis and stratocratic praxis will not be the canon; in Ukraine, in Caucasus,in the Balkans, in Syria, in Cyprus, in the Aegean.

5.Autocrats, political demagogues and their antidemocratic practices are the ecumenical architecture’s apostates; the aposiopesis of the nomology and the parasites of the organized system.The political protagonists of this anachronistic ataxia opt for apophasis and praxis provoking political, economic and ethical sepsis.

Chaos ,egotism,clinical paralogism as the pseudoepigrapha of logic ,and the eclipsis or paralipsis of democracy will not become the antidote to political ethos, symmetry, logic and democratic harmony.

6.The ecumenically organized synergic system and democratic organizations failed to save the psyche of anthropos and the catastrophe of his oikos and polis. Yet, Europe’s policies are not characterized by apathy to the European dramas. Synergy and empathy is our emblem and our labarum.

The pandect of Russia’s pathetic and uncritical policy results from oligarchic politics and autocratic policies;it is about expanding the spheres of energy emporium, geostrategy, and the geopolitics of the diaeresis in Europe and the dichotomy of european edaphic zones.In Ukraine ,in Caucasus and elsewhere. It is paregoric that such practices will be a parenthesis.

7.This anomalous palinode has not generated the political exodus of their protagonists; it generated though symptoms of political antithesis to our European synergies and policies.

Hubris, is the emblem of autocrats. In Ukraine, in the Aegean and East Mediterranean. Nemesis and catharsis will follow. No apopemptic logos will be addressed to autocrats. We need a neo-kinesis of the European symphony and a political apophasis; a holistic strategy to be cemented on a panoply of economic and political synergies program.

8.This Delphi Economic Agora (Forum) and our Pan-European eco-system, based on the prototype the Delphic Amphictyonies, may become the catalyst for the anabaptism of the stroma of our synergies.European synergies analogous to European dramas.

This strategy asks for synergy. Synergies imply that the synchronized praxis of our common European “ oikos-system have a greater total effect than the athresis of the autonomous effects of our “ πόλις(polis)-system”.

9.META is the basis for analyzing economic and political episodes and an algorithm for analyzing problems and mysteries. The ecumenical as well as polis politics need to think and act in mega terms, if we want to avert mega tragedies.

10.Restoring the Aristotelian metron and ethics in politics,with anthropocentric policies as their basis,is the antidote to the parody of clinical paroxysm, political demagogy, polemical rhetoric and hubris: in Ukraine and in the Aegean.

I expect that politics and politicians, at “ oikos-system”, “ polis-system ” and pan “ European -system” will put democratic practices, ethos and “ politis”( the citizen) at the centre of politics. Politics and policies are not synonymous to idiocy.

11.If symmetry and democracy are elliptic at “ oikos” and “ polis”, the anastrophe of the European and ecumenical system is utopian.

12.I epilogize by emphasizing that restoring harmony, ethics and symmetry as the pylon of the European synergies is our epoch’s mega proklesis.

Let’s start from restoring the aesthetics, the harmony the symmetry and the “ olon” of Parthenon, our European democracies symbol.